Step into the world of blockchains. 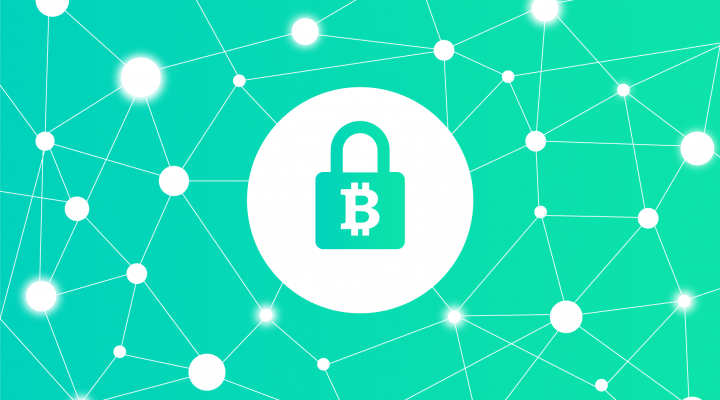 Thinking about investing or trading in Bitcoin or another cryptocurrency like Ethereum, LiteCoin or Dash, but not sure if this is a wise choice? On top of the huge growth in the value of all cryptocurrencies, there are other aspects that may convince you.

We believe that its innovation is one of the main reasons for investing in a cryptocurrency. Nothing will convince you more than a thorough understanding of the underlying technology. Once you start to understand how blockchain technology works, it will become clear to you what the implications of this technology will be for our society.

This article will help you better understand what a blockchain is and what its consequences are for modern money markets.

After gaining better insight of the underlying technology, you will be able to easily dive into the world of cryptocurrencies and decide if it is for you.

If you are interested in the world of bitcoins or other cryptocurrencies, “Blockchain” is a term you will see very often. It is currently a widely discussed topic in Britain and throughout the world. Unfortunately, it is still unclear to many people what Blockchain technology actually is.

Blockchain is a revolutionary currency verifying technology used in many cryptocurrencies such as Bitcoin, Ethereum, Dash and Litecoin. Whether you’re planning to invest in bitcoin or another ‘altcoin’, we strongly recommend that you look at the underlying technology of the coin; namely Blockchain.

Historically, we were always dependent on intermediaries or agencies when we wanted to buy or sell something of value. Nearly all transactions required a person, agency or company to ensure trust and security. A good example of this, is of course, a bank.

These middle men performed a number of important tasks, such as keeping track of all transactions and the authentication of those involved. The need for such an intermediary only increased when digital transactions became more common. Digital transactions are nothing but documents and files, so there had to be a system to prevent duplication, reproduction and fraud.

This is where iDEAL or Paypal came in as solutions. These organizations help prevent duplication and facilitate payments. They have become organizations we trust. And for this service, we pay a percentage or fixed amount for each transaction.

But what if these intermediary organizations were no longer needed? That’s where Blockchains come in.

Blockchain and Bitcoin: What’s the connection?

Bitcoin appeared for the first time in a 2008 whitepaper written anonymously by one Satoshi Nakamoto (a pseudonym). This whitepaper describes a peer to peer electronic payment system called Bitcoin, which can make online payments without an intermediary.

Not only was the payment system itself met with much enthusiasm merely for its innovation, it became clear immediately that there was real ingenuity in its core technology.

Today, Bitcoin and Blockchain are frequently very closely associated, and this is not entirely wrong.

However, the Blockchain technique is used for more than just Bitcoin. Other examples are Ethereum, Dash and Litecoin.

Blockchain is for Bitcoin, what the internet is for email. An electronic system on which to build an application. A payment method is just one of them.

How does Blockchain work?

A Blockchain is a decentralized ledger or database that maintains all digital transactions. This is in contrast to a traditional ledger or database that is centrally updated and stored, such as with a bank or an accountant. The Blockchain’s decentralized ledger is a network of copies of itself, which are synchronized over the Internet, amongst all users.

In some cases, this network is private and in some cases just visible to everyone. This differs by network.

When a digital transaction is executed, it is grouped into a cryptographically secured “block” along with all other transactions that occurred in the last ten minutes. This block will then be sent to the entire network.
‘Miners’ (people on the network with a fast computer of high computational ability) compete with one another in the validation process of these transactions, solving complex code problems using their computers.
The miner who first verifies a block gets a reward from the network (In the Bitcoin network, the miner would receive some Bitcoin as a reward).

After a block is checked, the new block is marked with the date and time of its verification. Then it is organised into a chain in chronological order. In other words, new blocks will be linked to older blocks, thus making a long chain of all transactions ever performed within the network. Hence the name: Blockchain.

The open, cryptographic and decentralized property of a blockchain allows people to trust and perform p2p (peer to peer) transactions without the need of an intermediary. This decentralisation also promotes safety. Cyber attacks by a hacker or hacker group on major central institutes are virtually impossible to replicate with Blockchains.

An example of Bitcoin and why a blockchain is so safe.

To give an example of why blockchains are so safe:
Imagine someone wants to customize a block from the blockchain. The hacker must then not only modify that block but also all previous blocks within the chain on every computer holding that information. To make it even harder, the hacker must perform these tasks before the newest block is completed.

To give you an idea of how difficult that would be, even Google’s entire computational capability is not enough to perform this task.

The impact of Blockchain on the internet and the global economy

Do not underestimate the power that blockchain will have on the world as we know it. Blockchain is a piece of technology that will not only change the internet, but also have huge consequences for the global economy. Effects we can already see happening with Bitcoin and Ethereum.

This technology will enable us to digitize our assets. In other words, it helps to change the internet from a place where we share information freely, to a place where we can all share, sell and buy assets, without the need for intermediaries! Blockchain will create a new global economy where middlemen do not play a part.

The applications that blockchain can be used for are currently boundless! In addition to a digital currency, you can also encrypt and verify electronic votes, smart contracts and even patient records! 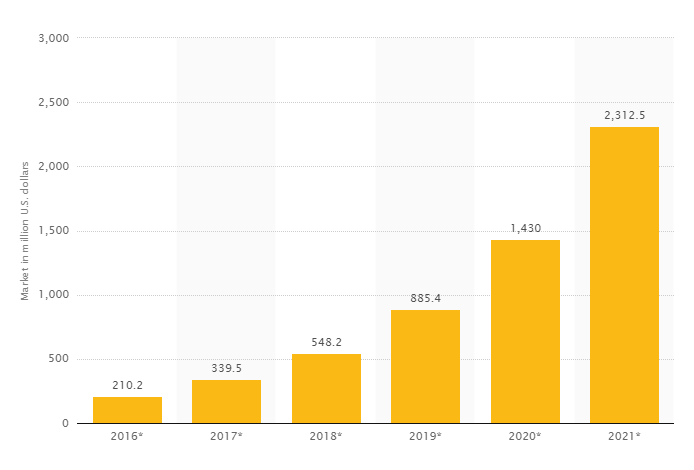 Blockchains will affect all industries that work with or as an intermediary; such as banks, financial companies, academic institutions, estates, insurance and many more. Whole sectors of these industries are expected to change or even disappear completely. This will provide consumers with many benefits. Often these agencies are accompanied by long transaction times and regulations, which will become obsolete. This means that additional costs associated with these parties will disappear, which will be a great advantage for many companies that perform these transactions.

But the most important thing: blockchains will democratize and expand the global financial system. As a result, many entities exposed to the global economy will have much better access to financial and payment systems. And in addition, much better protected from exploitation and corruption!

But where do I begin?

Below is a list of cryptocurrencies we recommend you look into, as they provide strong investment opportunities:

Bitcoin – The first digital currency and user of blockchain technology, similar to gold in its function.
Ethereum – A blockchain that sets itself up as an innovation platform for building other applications; through the use of smart contracts.
Neo (Formerly Antshares) – A blockchain that wants to go beyond a platform, becoming its own smart economy. Has many big partnerships in Asia like Alibaba, Mircosoft and WINGS.
IOTA – A cryptocurrency that works on Tangle technology; the next step in the blockchain technique. The first cryptocurrency that has no scalability and transaction costs.
NEM – A blockchain that will give everyone equal rights and opportunities with its “new economic movement”. Rewards users who support the network with its “Proof of Importance” consensus. NEM is currently very popular in Japan.

Don’t forget to subscribe to our newsletter and stay up to date with all cryptocurrency and bitcoin related news, and new cryptocurrency investment opportunities in which we’ve already done the research!