How to start Bitcoin mining

You’ve probably heard it once or read it online. Bitcoin mining, sometimes we have an acquaintance or friend who does or has done that at home. However, if you’re not technical at all, the idea of ​​mining a digital currency can be a very strange concept.

Fortunately, the mining of bitcoin is not that difficult, it’s very lucrative and easy to get started. In this chapter we discuss what bitcoin is and how it works. Furthermore, we explain how you can get started.

How does Bitcoin mining work?

It sounds very strange to most people, the idea that Bitcoins can be mined can be very alien. Yet this is certainly possible and also entirely legal. Bitcoin mining is done by executing a SHA256 double hash verification process. Which basically means that the miners are asked by the Bitcoin network to solve a set of math questions with their computer.

This verification process is very important for Bitcoin’s operation. With this process, miners will verify transactions that have taken place in the Bitcoin environment, thereby giving security to all outstanding balances. To receive this job, minors receive Bitcoins.

TIP: within this article we often use the word hashrate. That is the computational unit to indicate the speed of bitcoin mining.

You can tackle bitcoins in two ways, The first way is to buy the hardware yourself to mine bitcoins. The second option is to use a Bitcoin Cloud Mining service.

A Cloud service makes mincing bitcoins a very simple process. However, it does have the disadvantage that you yourself have no control over the hardware.

This can make a huge difference, because bitcoins profitable mines is nothing more than a simple game of optimisation. How many bitcoins can you mines for as little power as possible?

Cloud mining is a new phenomenon and is very attractive for people who are not very technical or do not want to run their own mining rig.

In that case it’s very attractive to use such a service. A Cloud mining provider actually offers their computational power. That means that you can rent a rig at their regular Hashrate for a certain period of time. For this you pay for a contract of, for example, a year. After which you will see a gradual flow of bitcoins in your wallet.

To start mining Bitcoins you first have to purchase the right hardware for it. In the early years of Bitcoin around 2010, it was entirely possible to mine with the CPU or the GPU of your computer. Unfortunately, today is no longer an option. This is partly because Bitcoin mines are becoming increasingly difficult.

At the moment miners use special Bitcoin ASIC chips to extract Bitcoins. Such a chip can deliver performance that is 100 times better than that of a regular CPU and GPU. In addition, they use almost no power!

If you want to mine Bitcoins with a bit less than an ASIC chip (ie your desktop’s processor or graphics card). Then you will soon find that you will spend more on electricity than what you get back from Bitcoins.

When the hardware has arrived from your Bitcoin miner, it’s time to download and install the special software for mining. There are a lot of options in terms of software when it comes to mining bitcoins. At the moment the two most popular CGMiner and the BFGMiner are ; both of which are a cmd program. 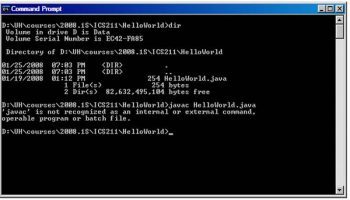 If you prefer a program with a GUI, or an interface with buttons that is friendlier for non-programmers, then software like EasyMiner is better suited.

If you have finally set up your bitcoin mining rig and you are ready to mine, it’s time to choose a mining pool. Using a mining pool is actually an optional step, but realistically it is a must .

A mining pool is a group of Bitcoin miners who together solve a block and distribute the reward fairly. You can choose to work without a mining pool, but then it can take years to get a reward; with a greater chance of never.

Some examples of Bitcoin mining pools are: